How to block/ unblock a user on FLOOR

How to block/ unblock a user in your event session

Written by Mini Chaturvedi
Updated over a week ago

Organizer (Admin) has all authority to remove/ block a user and unblock him/ her again.

This feature is to ensure that organizer can control any disruptive activity performed by any user during the session.

Kindly refer to the image below: 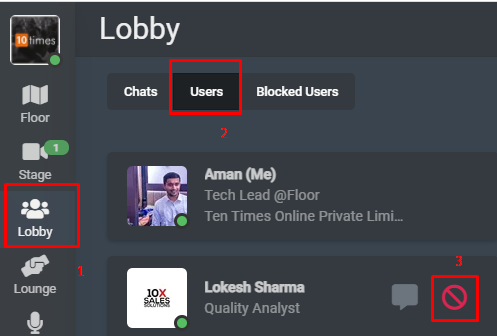 Blocked user will not be able to drop messages and participate in the event session, unless unblocked.

Did this answer your question?